Find the best solutions for your business.

As already said, theoretically the SHA function should create a unique hash for all data inserted into it, but with increasing insertion, the chance of different peers creating the same hash number increases together, thus generating a collision between with these already generated numbers.

The problem increased when attacks on the SHA-1 hash algorithm became more dangerous with “chosen prefix collision attacks”. It means collision attacks can now be performed with custom entries, and they are no longer just accidental, allowing malicious users to target files to duplicate and forge.

There are a lot of different ways to create hashes, the algorithm used by SHA-2 is one of the most used for the balance between security and cost, it is a very efficient algorithm against collision attacks, the hashes combinations are much larger than the combinations of the SHA-1 type.

Another feature of the SHA-2 hash algorithm is that the size of the resulting hash is always the same, no matter how long it takes to generate, the result is always a sequence of 64 letters and numbers (with an encoding of 256 bits and 32 bytes).

SHA-2 has several uses and one of them is in Bitcoin, SHA-2 is used for the mining process, but also in the process of generating bitcoin addresses, this is due to the high level of security it offers.

Another important use is within the blockhain network, all nodes contain a 64-character hash copy representing the information, for example, an entire block. Once this information is validated by the network, any manipulation of this information by attempting to modify any character in the validated hash would be detected immediately and discarded.

Diversity: SHA-2 contains 256 bits in its standard format, that’s why is more sucre than SHA-1.

After five years of Mainstream Support, and five years of Extended Support, Office 2013 will reach the End of Extended Support on April 11, 2023. Per the Fixed Lifecycle Policy, after this date security updates for Office 2013 will no longer be available. We recommend you upgrade to Microsoft 365 Apps, which includes the Office apps you are familiar with (such as Word, Excel, PowerPoint, and Outlook).

How this will affect your organization:

After Office 2013 reaches the end of support, Microsoft won’t provide any new security updates, and the continued use of Office 2013 after April 2023 may increase your organization’s exposure to security risks or impact your ability to meet compliance obligations.

What you need to do to prepare:

Please start upgrading to Microsoft 365 Apps, which is designed to receive regular updates, and will help you stay current by getting security updates and our latest features.

Alternatively, if your organization requires a static, unchanging product, consider moving to Office LTSC 2021. When evaluating your options, keep in mind the end of support dates for Office clients connecting to Microsoft 365 services (learn more).

CAUTION WHEN COLLABORATING WITH EXTERNAL USERS ON MICROSOFT 365 TOOLS 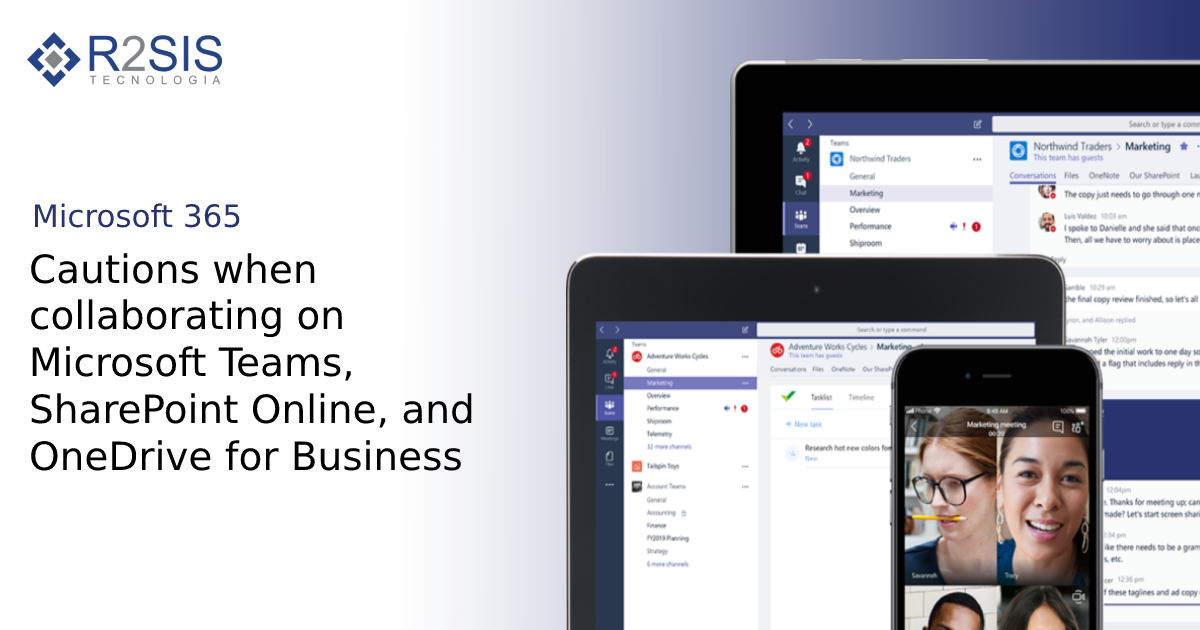 One of the great innovations brought by the Microsoft 365 suite is the power of team collaboration, in real time and completely online with co-workers on tasks, documents, chats, and whatever else you can imagine.

However, we often need to share information not only with co-workers, but with customers and suppliers, and OneDrive/SharePoint Online can be great tools for this, because its large storage capacities, as well as the intuitiveness of its use, make it very competitive with similar tools already on the market.

The point we often forget is that sharing and collaboration in these tools with external users (users outside your organizational domain) can be detrimental to the confidentiality of your company's information. You need to know what types of information employees can share with other users, as well as control so that information vital to your business is not sent or accessed by mistake by unauthorized users.

That's why it's very important to plan the implementation of tools like Microsoft Teams, OneDrive for Business and SharePoint Online so that you can work securely, maintaining collaboration between users.

It is necessary to consult an expert, who will assess your organization's scenario and indicate the best ways to work using these tools. For this, R2SIS Tecnologia has a team of professionals ready to help you. 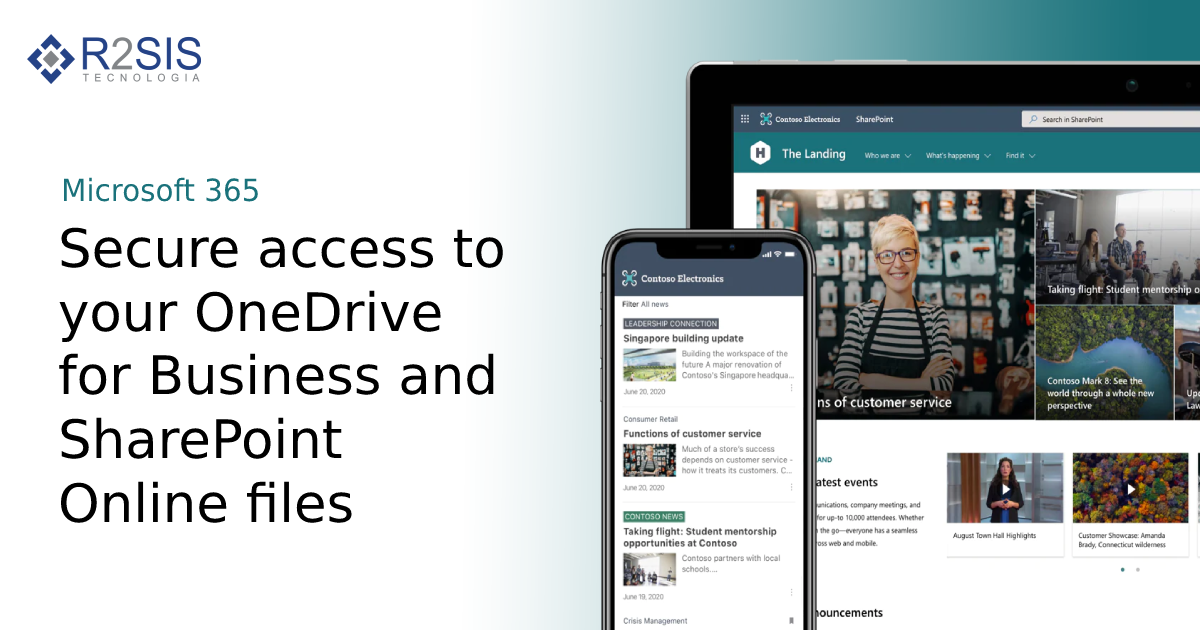 We know that it is much more practical to keep passwords stored in internet browsers, not to block the computer session when we are away for short periods and keep active sessions in the browser, but often practicality is the enemy of security - even more so if we are dealing with confidential information.

Leaving data exposed on our computer screens while we are not present leaves the information vulnerable and accessible to users who are not authorized to access it. In the case of public or shared computers, the issue can be even worse, because if we forget an open session, another user who we don't even know can have access to our data.

As a solution to these issues, Microsoft provides the function to limit the session time of OneDrive for Business and SharePoint Online, so if the system detects inactivity for a period determined by the administrator, the user's session is automatically disconnected, and he/she will need enter his/her credentials again.

To learn how to protect your organization against unauthorized access to confidential information on OneDrive for Business and SharePoint Online, contact the R2SIS Tecnologia team of professionals.

Among many of the security policies that R2SIS adopts both internally and for its customers, is the question of the criterion of least privilege, that is, employees will only have access to information that is essential to perform their daily tasks, and nothing else. This ensures that unauthorized people do not have access to confidential information and is in line with one of the main pillars of Information Security, which is Confidentiality.

In Exchange Online, part of the Microsoft 365 suite, you can control so that users only have access to the email protocols they really need to work. For example: We can block the employees' access to the Outlook webmail, so that they do not access their emails outside the work environment, or using computers that were not properly authorized to install the Office package; we can also block the use of POP and IMAP protocols, to prevent malicious users from configuring their employees' emails in automatic email triggering tools – thus preventing the use of their corporate addresses to send spam/phishing -. In this way, only the exclusive Exchange Online protocol will be accepted for sending/receiving messages, to protect your organization's information.

To find out what is the best e-mail security scenario for your company, contact our team of experts at R2SIS Tecnologia.